Since the moment Quinn died, I have had an insatiable need to be outside, and an unquenchable thirst to just Go.

Quinn loved the outside - the breeze on her face was literally her happiest time.  We spent a lot of her life trying to attain it for her - many many trips to the beach, to the park, to the deck in our backyard.  Early morning of the day she died, I wrapped her to me and Brett and I took her outside, to her happy place.  I truly believed that it would be where she would pass.  But little miss had more fight left in her than we thought, hanging on for literally 12 hours more.

I spent much of Quinn's life in a sedentary state, as I basically bore another appendage (cute as she was) by the name of Quinn.  When I wasn't carrying her, I was often holding her in her power hour.  Or hustling her many loads of laundry to and from her room.  Or setting up her feeds.  Or thinking about setting up her feeds.  Or meds.  Or any number of things she needed.  But none of this required much of me physically.  When she died, that was the most jarring change - this idea that I could do ... whatever.

For better or worse, it didn't last long since my diagnosis came on the heels of her death.

For eight months more, I was relegated to the sidelines.  Wanting again to get outside, to just Go.  But a double mastectomy and four months of chemo kicked my ass enough to push any notion of that aside.

Until now.  Today.  I had my final reconstruction surgery last Friday.  I got the drains out today.  And, except for the Tamoxifen I have to take daily for the next ten years, my cancer treatments are over.

And I can... Go.  And be outside - just in time for the torrential downpour this morning to turn into precisely what May 1 should be - gorgeous, warm and sunny.  With, of course, a slight breeze ;)

I abandoned this blog for the most part during the course of my treatment.  I was never really sure how to intimate that the breast cancer just wasn't me.  It was a terrible nuisance, to be sure.  And very hard at times - at least twice during chemo Brett and I had serious discussions about just stopping it because of the severity of my body's response to the ACT.  But, I have learned that I Can Do Hard Things.  (For those of you unfamiliar with Glennon Doyle Melton and her blog Momastery, check it out.  She has all sorts of these should-be-obvious but most-women-fail-to-recognize truths.)  And quite literally the last thing I wanted to do - on the blog or in real life - was whine.

What I went through was a blip.  A big fat pain in the ass blip. It is nothing in comparison to what others in my life have gone through and are going through - with breast cancer, and with cancer in general.

And it hardly registers compared to what we will forever go through with the loss of Quinn, and what she handled in her short life.

Because my cancer has an end date.  Today.  Quinn's loss continues on forever.

It wasn't all terrible, the last eight months.  There were a number of highlights, especially during the month of April.

Brett and I got away to Mexico.  By ourselves.  For.A.Week!!  (My mom is getting the best Christmas present EVER this year.) 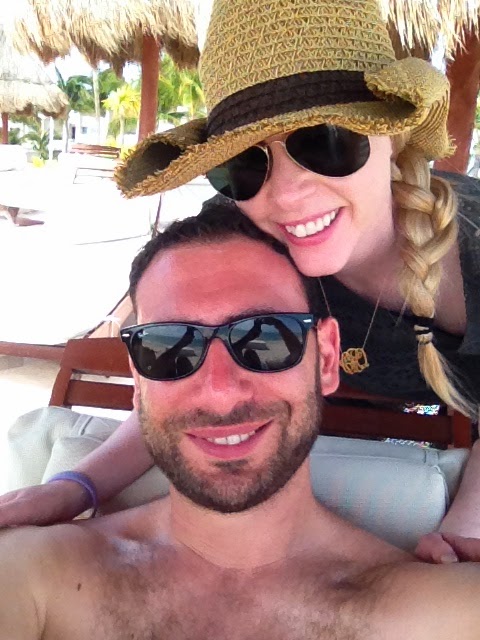 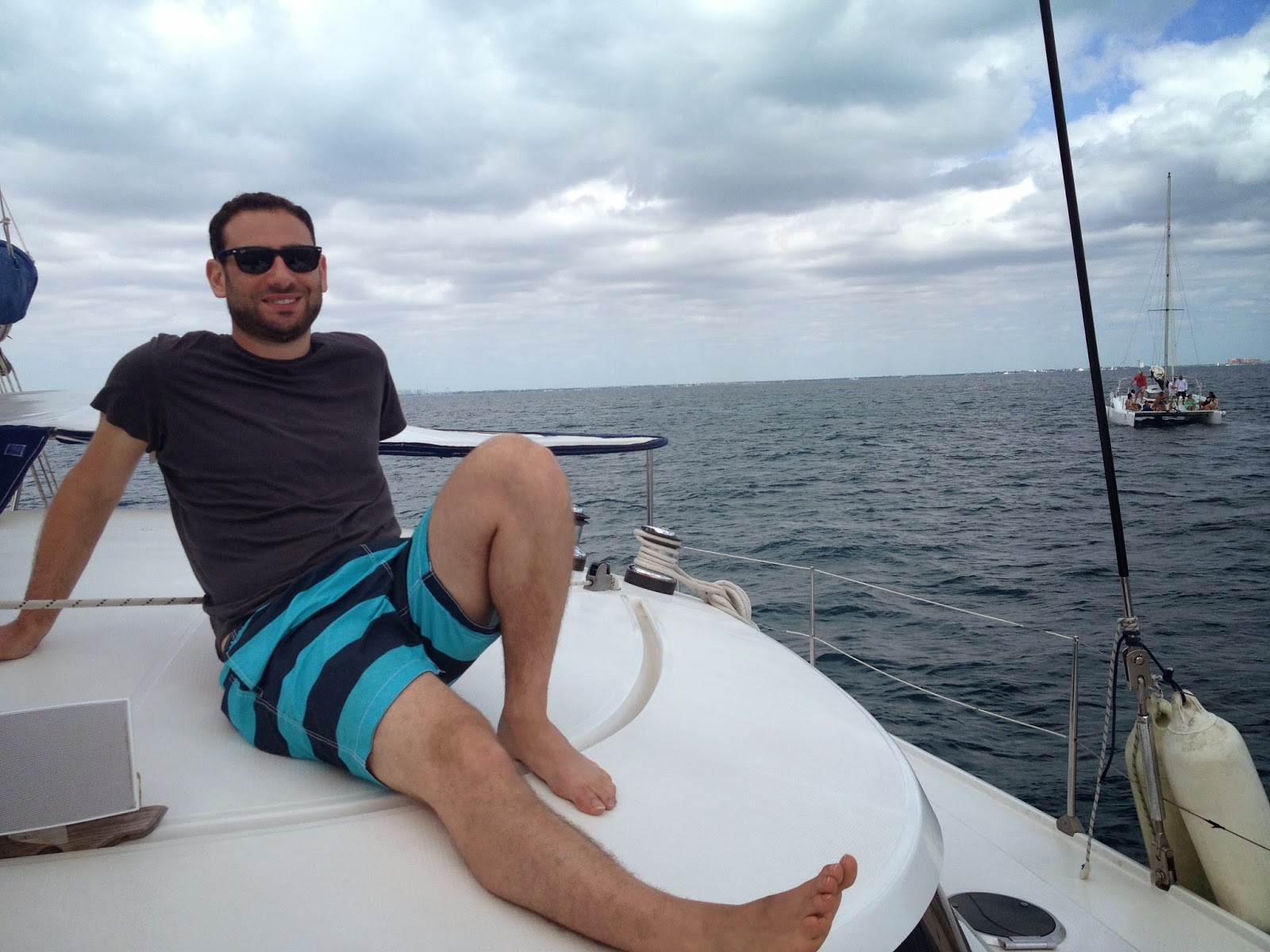 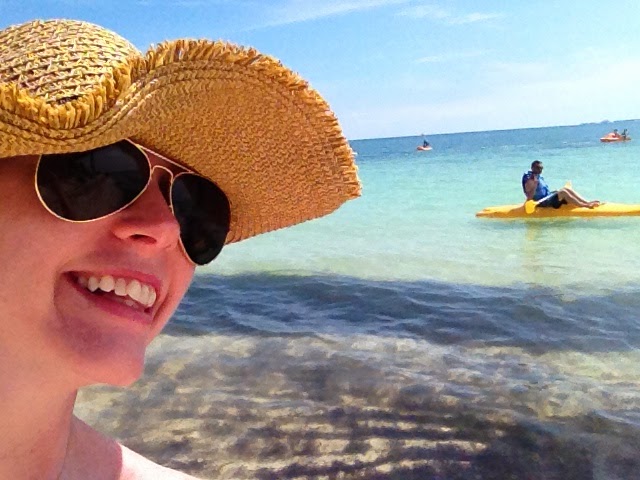 The weekend after we came back, we were away again - this time with the boys.  To Boston we went for what can only be described as an indescribable weekend with the Genzyme Running for Rare Diseases team - including my old college friend Kai - for the Boston Marathon.  I am still processing what the weekend meant to us, and based on the blog entries for the RFRD blog, so is everyone else.  The people we connected with are truly amazing and inspiring beyond words.  And I'm always a sucker for a marathon - I cry even when I don't know anyone running so imagine how well I did when I was asked to speak at the dinner about what the experience meant to us haha.  We raised almost $4800 in Kai and Quinn's name for NORD, who will use it and the rest of the $120k raised by the RFRD team this year to establish a family support fund for undiagnosed patients.

Quinn has been honored in a number of other ways this month, too.  Sticking with the college connection, a number of my college friends got together and donated a beautiful rocker to Nunley's Carousel (where Quinn had her first birthday party!) in her name. 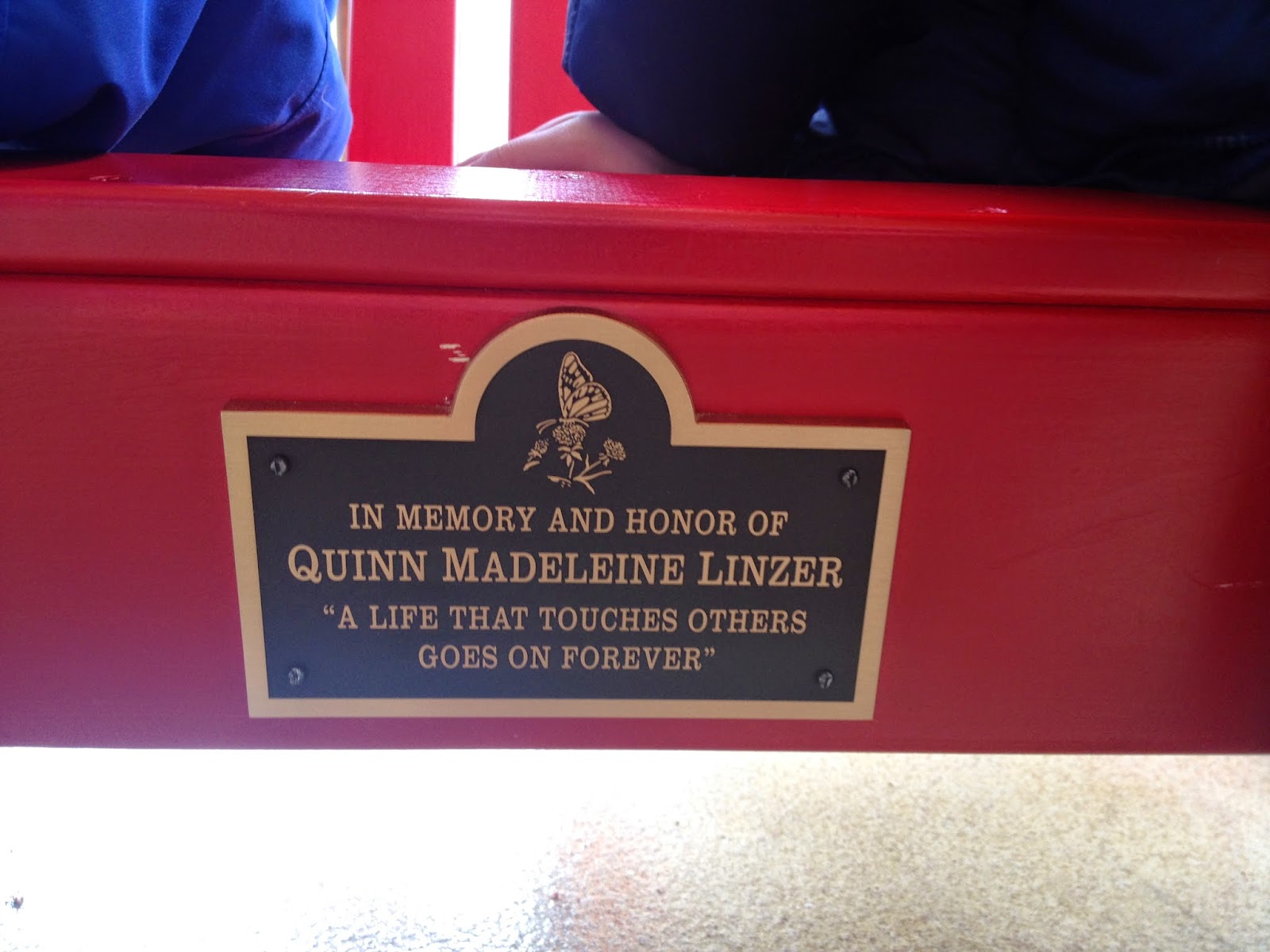 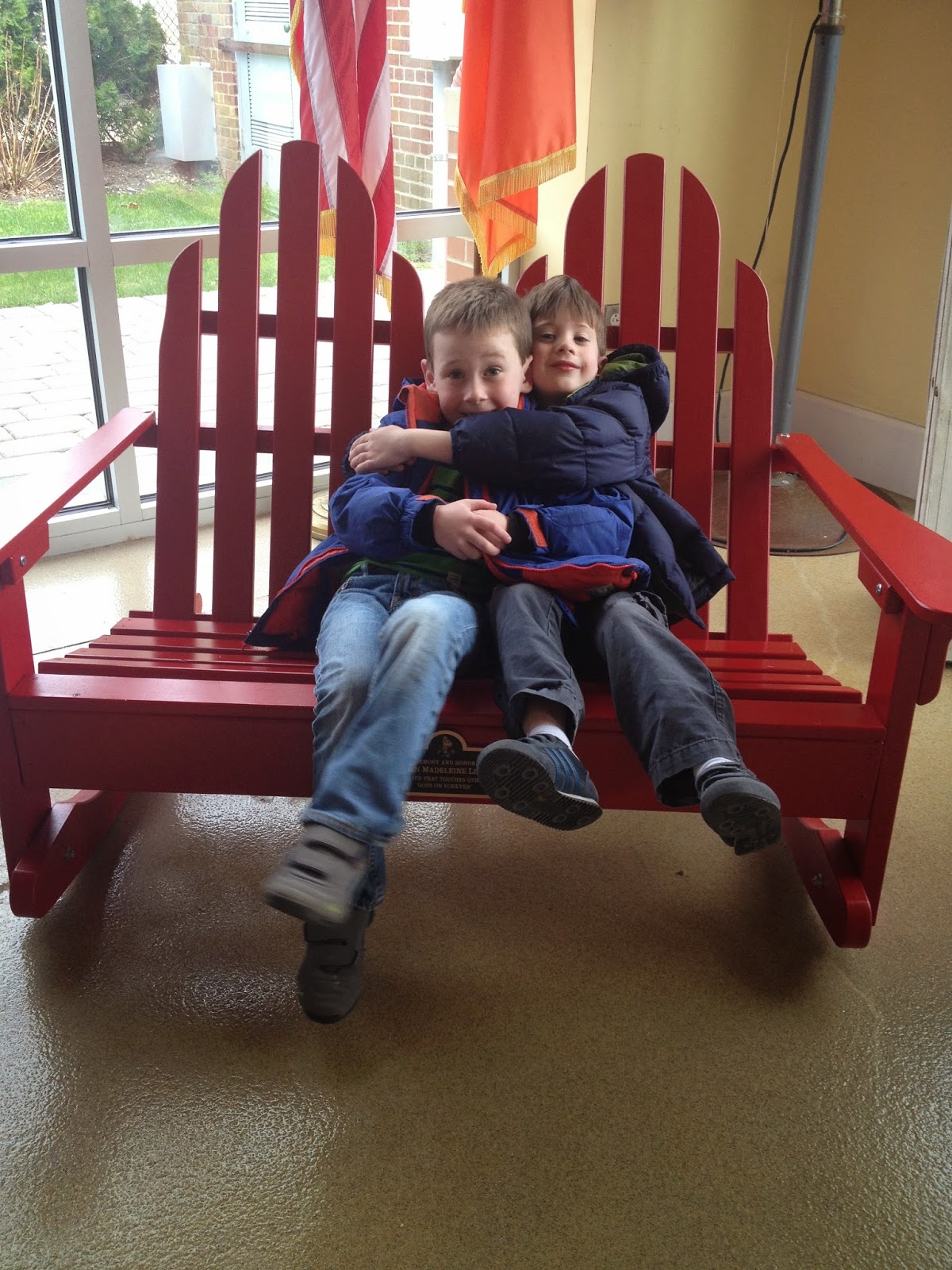 A team of beautiful ladies from my book club walked with the March of Dimes in Quinn's honor to raise money for that organization.  That same book club has donated a bench to our local public library with a plaque for Quinn, which will be placed this weekend.

And, a song written for Quinn by Danny Weinkauf of They Might Be Giants was published on his first solo album - a children's album titled "No School Today" (which, by the way, is fab-u-lous!).  The final track is called Lullaby for Quinn and is so sweet!!!  You can purchase the cd or download on Amazon or download it from the iTunes store.  And, as part of the KickStarter project for this cd, we had the opportunity to have Quinn's picture added to the video created for the super fun song "Marsupial".  Look for our special guest at 1:46 (bottom left) and 2:01 (second from left).


I know, I know - how freaking cool, right?!  (And don't blame me when you're walking around all day singing "I am I am I am I am I'm a marsupial".  We were lucky enough to have gotten the cd early so I've been singing this for weeks ;) )

We got big confirmation (or rather, a big sign from our girl) today after I returned home from the doctor's that we're heading in the right direction.  We have a tremendous project that has been worked on for MONTHS that finally got the green light today.  I hope to be able to share full details on that soon, because this is my true Go moment.  The thing that's going to take me from this point to the rest of my life.