We knew this birthday had to be a BIG one.  I actually started thinking about it in November.  (Yes - as in six months before Quinn's birthday... and six months after her birth.)  We had just had her Blessing and I knew I wanted her to have something different from that, something more little-girl-ish.  Like a for real birthday party.

Then I remembered one of her List items was to ride the carousel at Nunley's. Nunley's is an historic carousel that used to be part of a little kid amusement park that closed down in the mid-nineties.  The carousel has been refurbished and is now housed in its own (adorable) building on Museum Row in Garden City.  I had heard amazing things about their birthday parties and riding a carousel was something that Quinn could actually do.  We booked the party back in December, and I picked out her outfit about 2 weeks later.  Because I'm crazy.  But knowing is half the battle, right?

We were able to actually complete the list item with my mom in February, before the party.  Riding the carousel was my mom's suggestion since it is something she's done with all of her (11!) grandkids and all five of us kids (as well as with her own dad, my grandpa).  And you can't see it in this photo but on Quinn's sweater is a carousel horse - a perfect outfit from my aunt Pam and uncle Terry :) 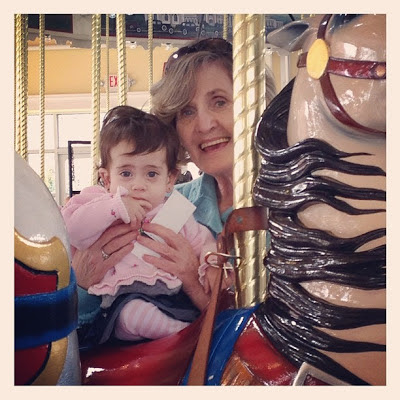 Just a couple of days after Quinn rode the carousel for the first time, I received an email from the folks at Nunley's saying they'd love to throw Quinn a party there, having seen that it was part of Quinn's List in the article Newsday had written on Quinn and NPA.  We replied thanking them for their generosity, but indicating that as great minds think alike we had long ago scheduled Quinn's party there.

Andy, Gerri and the rest of the team there would not take no for an answer and insisted on donating the entire party to Quinn as their gift.  Not only the party, but the food and raising their cap from 60/70 to 100 people just so we could squeeze in as many people as possible to love on our beautiful birthday girl.  (Thank goodness... when we restricted the list to only aunts, uncles, first cousins and close friends with small children - including the declines - we hit 99 lol).

All that I had heard turned out to be soooooo true!!!  The staff who worked the party were all so amazing - kind, courteous and professional... and damn good party throwers!!  Everyone - adults and children alike - had such a fun time riding the carousel, trying to grab the ring, playing the beanbag toss, creating crowns as a fun craft.

In addition to the amazing generosity displayed by the crew at Nunley's, we were also presented with a super special gift of (amazing) professional photos of the day by Nicole Renee Photography.  Nicole is an incredibly gifted event photographer who so wonderfully captured the day. 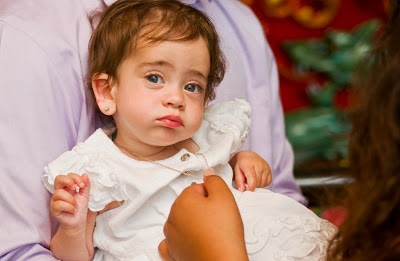 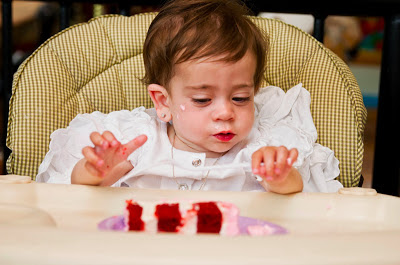 So, now, remember that this is Quinn we're talking about.  Obviously her celebrating did not end 5 days prior to her birthday.  No, sir.

On May 16th, Quinn's actual birthday, Brett and I took her to the Central Park Zoo (a fabulous zoo for anyone who may be in the city, especially with kids).  We had a really fun time, even though Quinn wasn't having her best day.  (We would come to realize by the next morning that Quinn was riddled with yet an other ear infection.)  Her favorite exhibit - and mine - was hands down the penguins. This exhibit is soooooo cool!  Literally the only thing separating you from the penguins is glass - the exhibit is directly in front of you, and that's exactly where they swim and dive and waddle.  So adorable :)


After the zoo (and the looooong ride home), we had our immediate family over for dinner and cake to mark the occasion.


Aaaand, just to be sure you didn't forget this is Quinn we're talking about, there was just One More celebration to go.

The Dundas Family read our story in the Newsday article back in February, and contacted us to offer their beach house for a weekend of rest, relaxation and most of all Fun!  We waxed and waned not wanting to 'capitalize' on Quinn's illness but the Dundas family was so kind and insistent that we ultimately succumbed and wound up on Fire Island to cap off Quinn's celebratory week :)

To say that the Dundas' went out of their way would be the understatement of the year. They, along with family friends Deirdre and Eileen AND the staff at Mt. Sinai Elementary School outfitted the house - six houses from the beach - with literally everything we could possibly ever have wanted (we, and an army of 60... for a month lol).  There were kites for the boys, TWO birthday cakes for Quinn, enough food to literally last us for a week, toys and games, gifts and wine... I really mean EVERYthing we could possibly have wanted.


My absolute favorite thing they left, though, was a stamp.  A few months back, our hope was that we would take Quinn abroad somewhere - Paris, London, Stockholm - and get her a stamp on her passport.  Once April happened and she was hit with a bout of the flu, followed by pneumonia and a double ear infection just 2 weeks later, we realized that simply wasn't in her best interests.  I must have mentioned this to Stacy Dundas during our communication, because what was awaiting us was one of the sweetest gestures anyone has ever made.  The family had a passport-style stamp made with Ocean Bay Park, Fire Island, NY so that we may stamp Quinn's passport with it - and get her stamp that weekend, even travelling a mere 30 miles.


The weekend offered us the opportunity for some awesome family time.  We spent hours on the beach flying kites and building sandcastles on Saturday and did puzzles and coloring and moving watching Saturday night.  Some rain had us on the earlier ferry, but that in itself was a nice break - not feeling the need to eek out every last moment in the name of Fun but to take our time, head home and spend a quiet rainy Sunday playing board games (ad nauseam lol) at home. 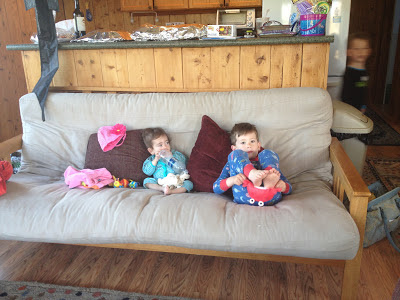 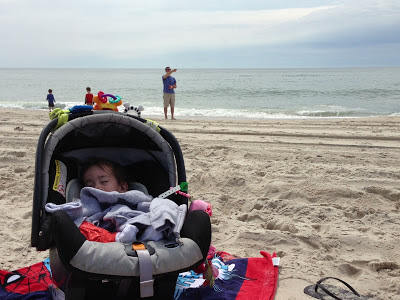 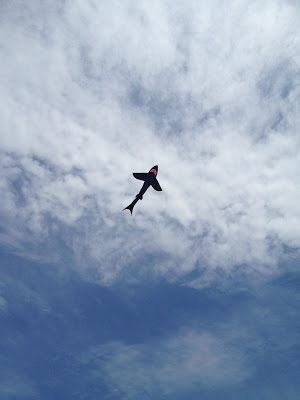 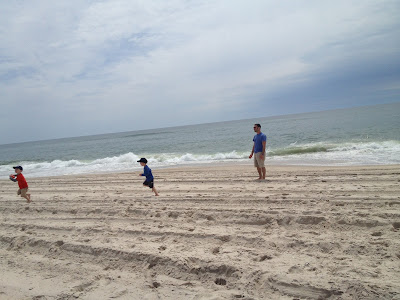 Thank you Dundas Family and Friends for such a perfect way to complete Quinn's birthday week :)
Posted by Unknown at 9:15 PM